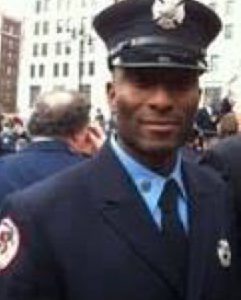 Recordo Demetrius is a firefighter with the FDNY and assigned to Ladder Co. 174 in East Flatbush, Brooklyn. He has served as a Drill Instructor for the FDNY’s Probationary Fire School and was a NYPD police officer prior to joining the FDNY. Recordo is also a Captain in the United States Marine Corps and a combat veteran Iraq, Afghanistan Kosovo. He has a bachelor’s degree in Fire and Emergency Services from John Jay College and serves as a Werewolf Mentor for the Paddy Brown Program.  Recordo serves as a tactical leadership advisor for Leadership Under Fire.