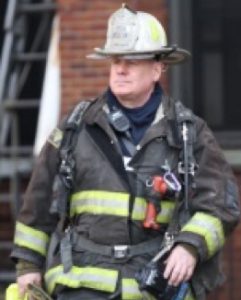 Pat Maloney is a retired 39-year member of the Chicago Fire Department. He rose through the ranks to become the Chief of Special Operations. Pat entered the ranks of the Chicago Fire Department in 1981. Prior to his promotion to Battalion Chief, Pat served as the Captain of Squad 2 for eleven years. He holds a bachelor’s degree in Fire Science Management from Southern Illinois University.

Pat served as a Staff Sergeant in the United States Marine Corps and is a veteran of the Persian Gulf War. Pat is also a fire instructor for NIPSTA and a Team Manager for Illinois’ Task Force-1, Urban Search and Rescue (USAR) Team. Pat serves as a tactical leadership advisor for Leadership Under Fire.