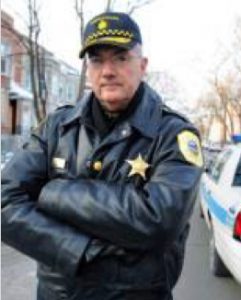 Jim is also a retired Chief Warrant Officer 5 in the United States Marine Corps Reserve with 39 years of service in infantry and intelligence assignments including three combat tours in Iraq. He has completed the Command and Staff College, Expeditionary Warfare School and Marine Air Ground Task Force Intelligence Officer Course. Jim has a Doctor of Education from Olivet Nazarene University with emphasis on ethical leadership as well as a Bachelor of Arts and Masters of Science degrees in Criminal Justice from Lewis University. Jim serves as an executive leadership advisor for Leadership Under Fire.