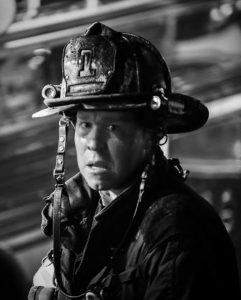 Jerry Smith Jr., is an emergency vehicle driver with the Baltimore City Fire Department (BCFD) currently assigned to Truck 5. He was previously assigned as a firefighter to Rescue Company 1 and Truck Company 15. He joined the BCFD in 2004 and is a member of the BCFD Dive Team where he serves as the public safety scuba instructor. Jerry was also a member of the Central Maryland Urban Search and Rescue Task Force 2. He holds a Bachelor’s Degree from Loyola University of Maryland. Jerry has been actively involved with Leadership Under Fire since its inception in 2012.